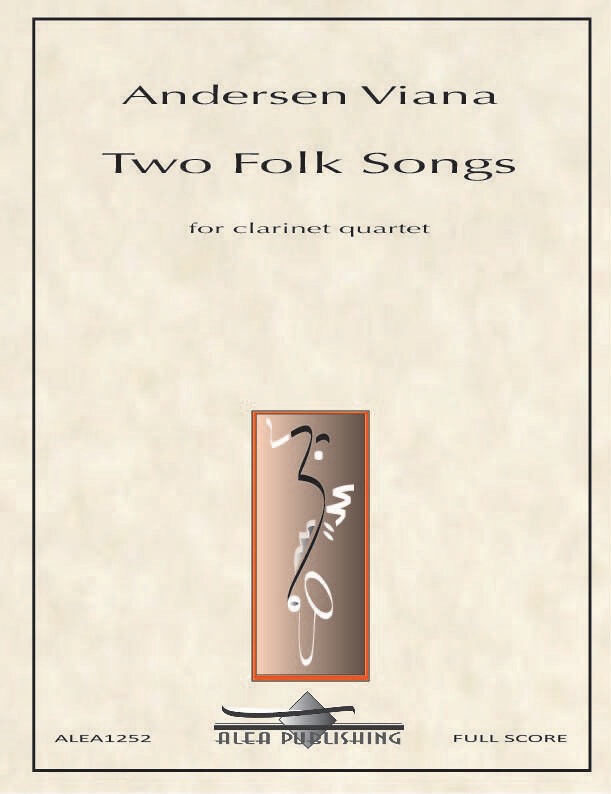 Two Folk Songs for clarinet quartet (four B-flat clarinets) is a small selection of Brazilian folk songs that are widely known by nearly two hundred million people throughout Brazil. These songs are an integral part of Brazilian school life up to one’s adult life. In fact, children begin to learn these songs when they are still babies. This piece presents a rich inheritance. This piece is easy to play and pleasant to listen to, making it ideal for clarinet teachers, music schools, and festivals.

This small piece for clarinet quartet is intended for elementary level students of the instrument. The third clarinet part is the most difficult, and can be played by the teacher, making it even easier for students to learn this instrument through a pleasant and easy clarinet quartet. The piece was written especially for clarinet students of the Orquestra Jovem Gerais social project when the composer worked there as a composer/conductor of this remarkable musical institution of Minas Gerais State, Brazil.