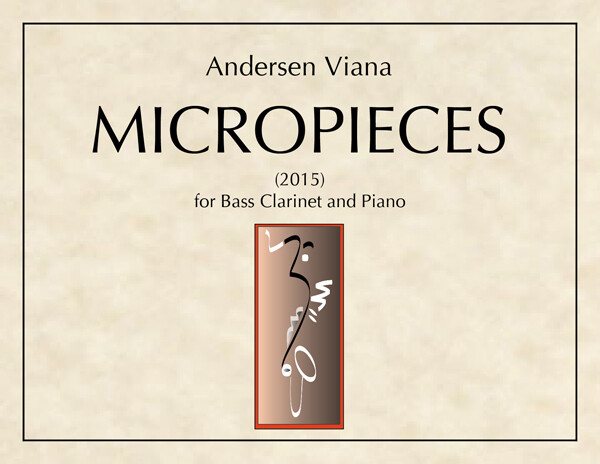 Micropieces (2015) is a compilation of fourteen compositions, each of short duration, composed by Andersen Viana. The music is influenced by Eastern creative thought, as seen in the Japanese poetic form, Haiku, which is concise and objective. Various techniques can be found throughout the piece and it is directed to the performer that already has significant knowledge of post-modern music. The piece explores the bass clarinet's range extending from the lowest note possible to an undetermined note in the high treble region.

Micropieces is relatively easy to interpret due to its idiomatic qualities. The overall sonorous and artistic effects are created by alternating slow, moderate, and rapid movements. The movements XI, XII, and XIII frame this work within a greater compositional process. This process, the Hibridismo, innovatively transforms motifs and themes extracted from previous works. For example, elements were taken from Suite Floral (1986) to create a completely new sound in Micropieces. For performance, the silent spacing between one Micropiece and another should be moderated, minimal or nonexistent depending of many factors. This piece demonstrates many modern and virtuosic bass clarinet techniques, thus making it an excellent piece for recitals and competitions. This work is also dedicated to the Duo Alea, Michael and Kimberly Davenport.