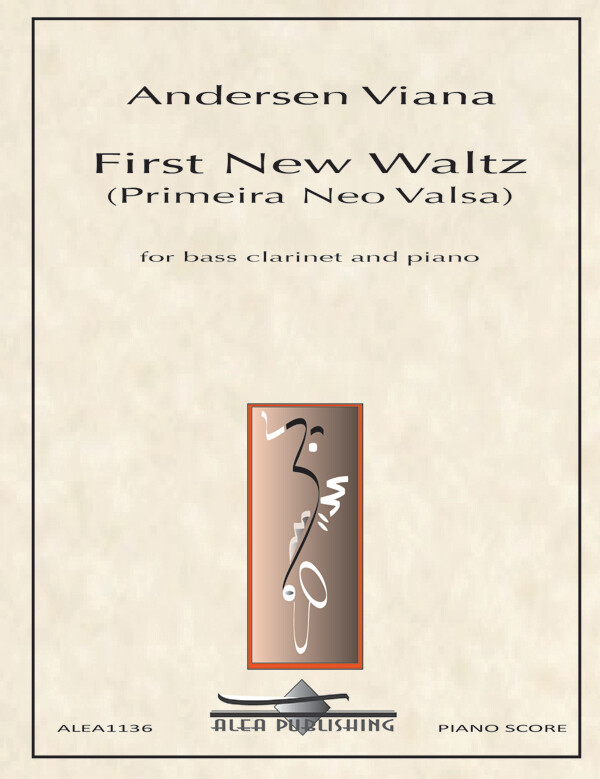 First New Waltz (Primeira Neo Valsa) for bass clarinet and piano (2015) is a lyrical piece by Brazilian composer Andersen Viana. Like its sister (Second New Waltz), the piece demands expressive artistry from both soloist and pianist, and is composed in the most concise manner possible. The work emerges from the larger context of the composer's output, innovatively transforming excerpts from previous works into a new composition. The piece demonstrates many expressive possibilities for the bass clarinet, yet is also quite accessible, making it an excellent choice for recitals. It was dedicated to Duo Alea, Michael and Kimberly Davenport.