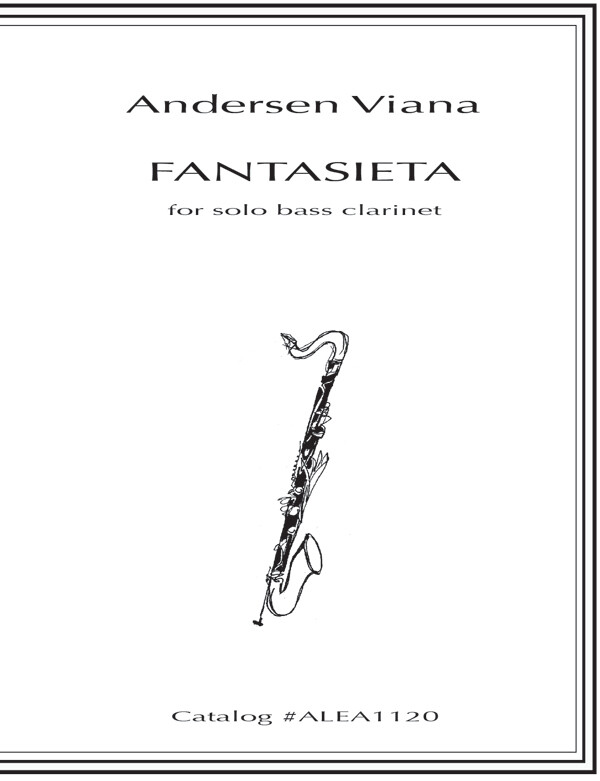 We are delighted to add to our catalog the FANTASIETA for Solo Bass Clarinet (2014) by Brazilian composer Dr. Andersen Viana. The work has a big performance impact - both on the musicians and audience - because of its rhythmic strength and its enormous contrasts. With a total duration of approximately 6'30", it provides the performer with many excellent challenges, yet does not require an extended range instrument, nor does it test the altissimo register. Published loose-leaf to avoid page turns.