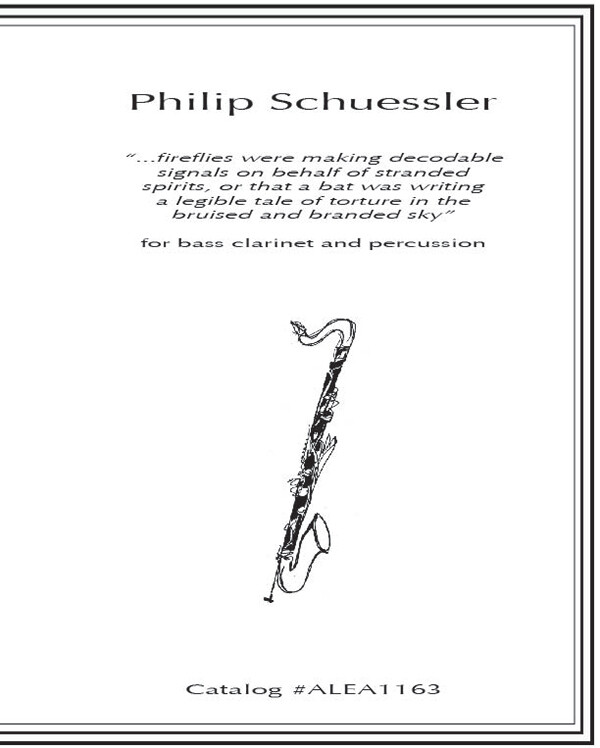 The title, intentionally capacious (to the point of absurdity) is taken from a striking passage in Vladimir Nabakov's Pale Fire. To me, this passage (like much of Nabakov's writing) captures the essence of an ephemeral idea - a precious yet fleeting moment. His descriptions are delicate and razor-precise at the same time and, as such, are unique objects. Reading Nabakov led me to think about how I might capture the essence of a thing or a moment in my own craft. More than any work I have written so far, this work really pushes the idea of contrast (but also balance). The instruments oscillate between disparate extremes of tempo, dynamic, color, and gesture while fluctuating into and out of eerily serene patterns. As such, there is a persistently shifting network of performance maneuvers that involves coordinating and de-coordinating "chunks" of musical ideas into a sort of balanced distribution over time. The piece is dedicated to Christa Van Alstine and Michael McCurdy and their tireless dedication to their craft.