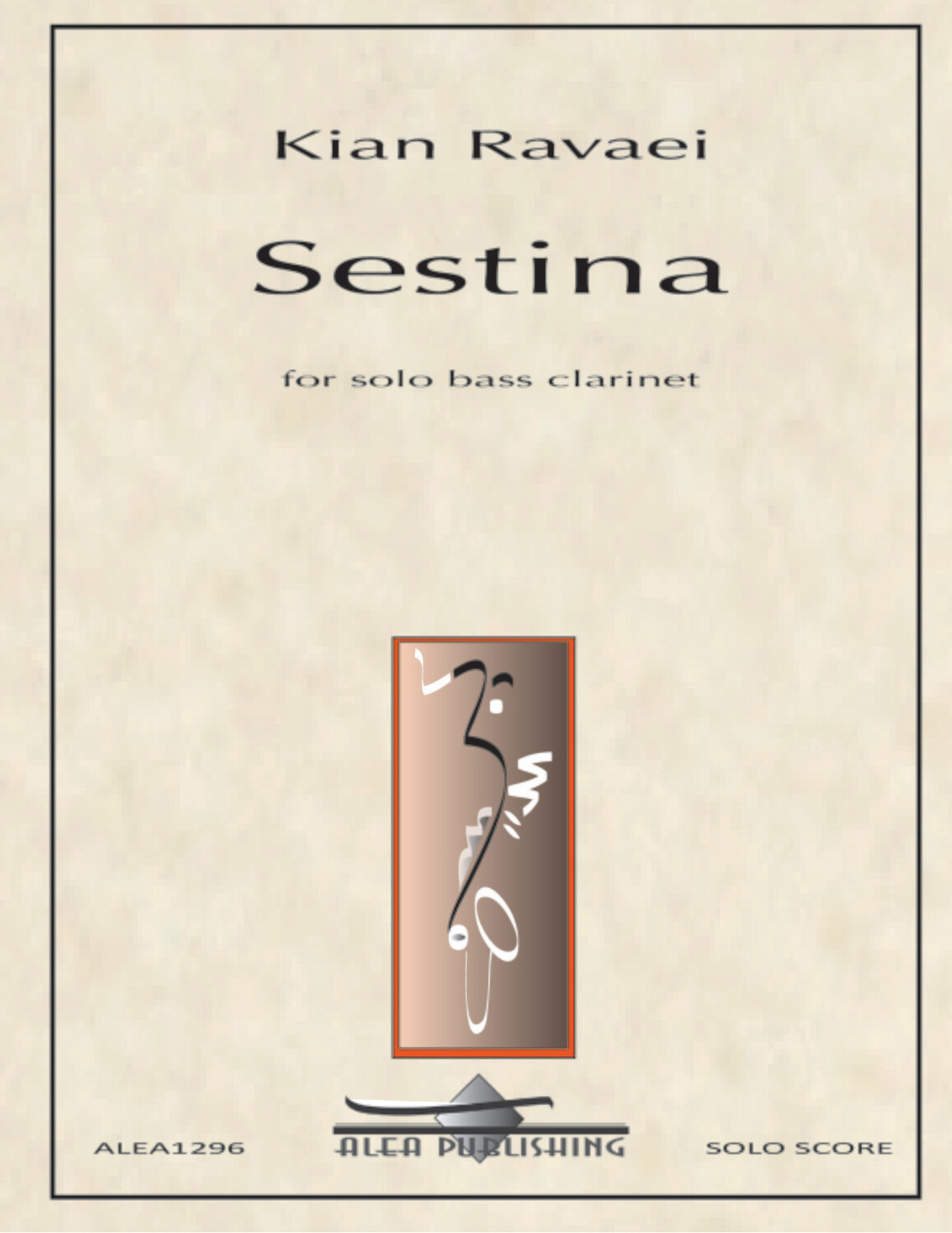 Sestina for solo bass clarinet was composed in 2020.

The sestina is among the most virtuosic poetic forms. Elizabeth Bishop, one of its masters, called it "a sort of stunt." In the first stanza, each of six lines ends with a different word. Subsequent stanzas use the same six words at line-ends, but in a different order which is determined by a fixed pattern. Each word is used in a new light every time it appears, creating a poignant counterpoint of form and meaning. The sestina ends with an envoi in which all six words appear in the span of three lines.

This musical sestina is made up of short, six-phrase melodies inspired by movements from Bach partitas, each phrase ending with one of six notes. The order of these notes differs from movement to movement, following the same sequence as the poetic form. It is revealed in the final movement that these six notes belong to a favorite chorale melody of Bach, “Singet dem Herrn ein neues Lied” (Sing to the Lord a New Song).

Kian Ravaei (b. 1999) composes music that evokes the fantastic and the quotidian, engages with dreams and politics, and leverages music's power over the emotions. Kian's works have been inspired by advertisements in early American periodicals, books of etiquette in polite society, Persian poetry, lunar cycles, and a thirteenth century cosmographical treatise. His identity as a second-generation Iranian-American is reflected in his music, often embodying the spirit of both cultures.

Advertisements, a song cycle for baritone and guitar, sets early American print advertisements with the intention of brining out the sense of irony and pathos inherent in them, and was recently premiered by Patrick Graham and Aleia Gonzales Gulino at a KC VITAs concert in Kansas City. Inspired by the story of his parents' flight from the Iranian Revolution, Kian depicted a tortuous migratory journey in Migration Variations for two pianos and two percussionists, which was performed at a reading session by the new music ensemble Yarn/Wire during their UCLA residency. Additional performances include the premiere of Prelude and Fugue in C-Sharp, performed by pianist and Bach expert Stefano Greco at the Auditorium Parco della Musica in Rome, and A Little Consort Music, performed by Ensemble Mikrokosmos at Festival Osmose in Belgium.

Recent commissions include a work for speaking pianist and electronics for Anoush Moazzeni of the Iranian Female Composers Association and the Canadian Music Centre, an electric guitar piece for Jiji Kim of Wild Up, an “endangered birdsong partita” for Sleight Ensemble, an elegy dedicated to a late friend for Hypotenuse Trio, and a new work for Willinger Duo. Kian is one of Salastina’s 2020-21 Sounds Promising composers, and is composing a new work for string quartet to be premiered by the ensemble.