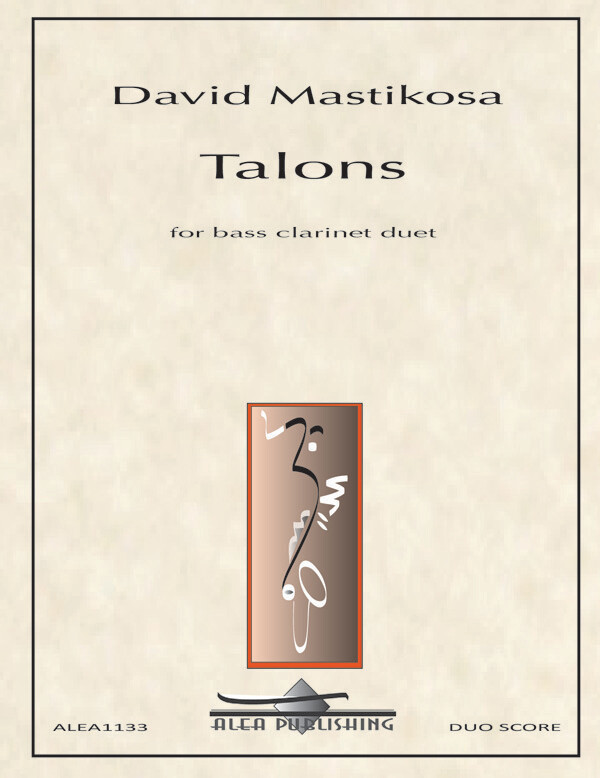 Talons is a dramatic, single-movement work for bass clarinet duet by the Bosnian composer David Mastikosa (1992-). The work is dedicated to Ken Kunita and William Hayter. The work, with its use of the full range of the instrument in both parts, multiphonics, and passages of rhythmic and technical challenge, would be ideal for professional players or advanced students.