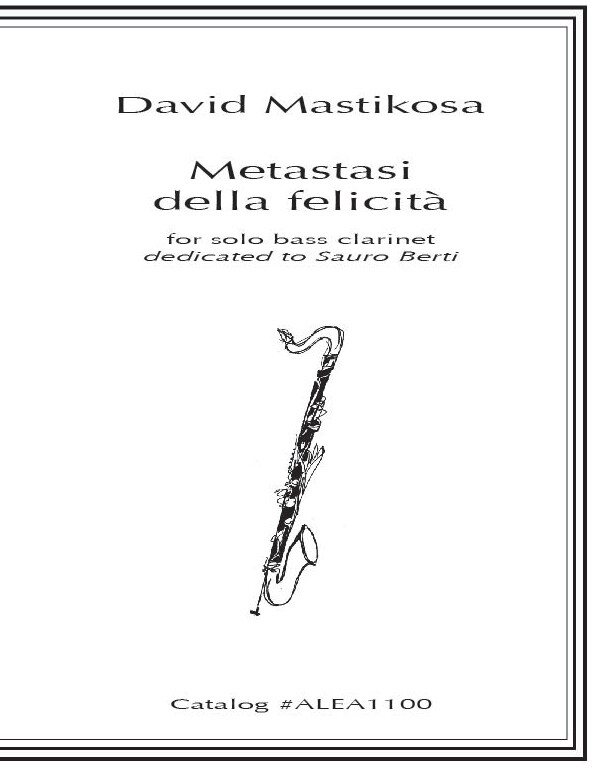 Metastasi della felicità, premiered in October 2013 by Italian bass clarinetist Sauro Berti, to whom the work was dedicated, it is a dramatic and virtuosic single-movement piece. Making full use of the bass clarinet's wide range, an extended-range instrument is required, and there are opportunities for the accomplished player to explore the altissimo register. Alea Publishing is delighted to add this exciting new work to our catalog!