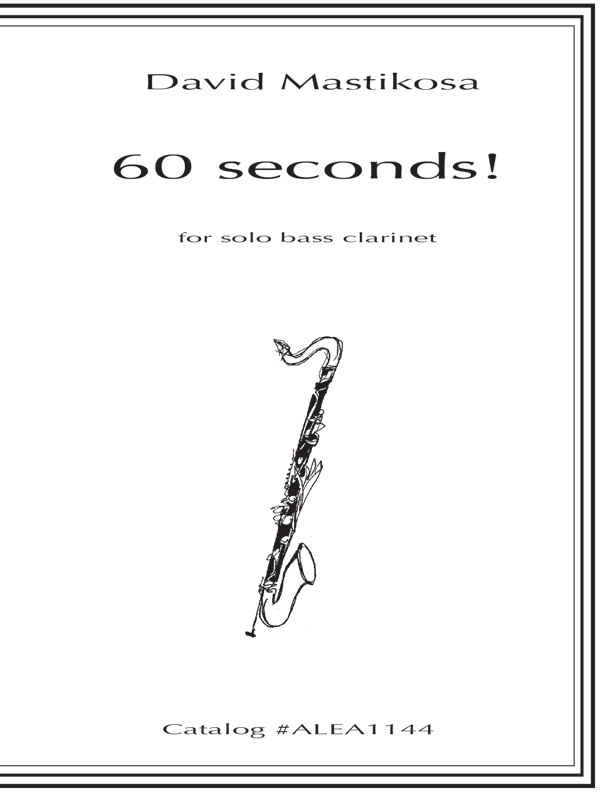 60 seconds! is a short, dramatic miniature for solo bass clarinet by Bosnian composer David Mastikosa. In spite of its short duration, the work utilizes multiphonics and slap-tonguing in addition to a handful of rapid runs to show off the broad range and expressive capabilities of the bass clarinet. Extended-range instrument required. 2 pages.