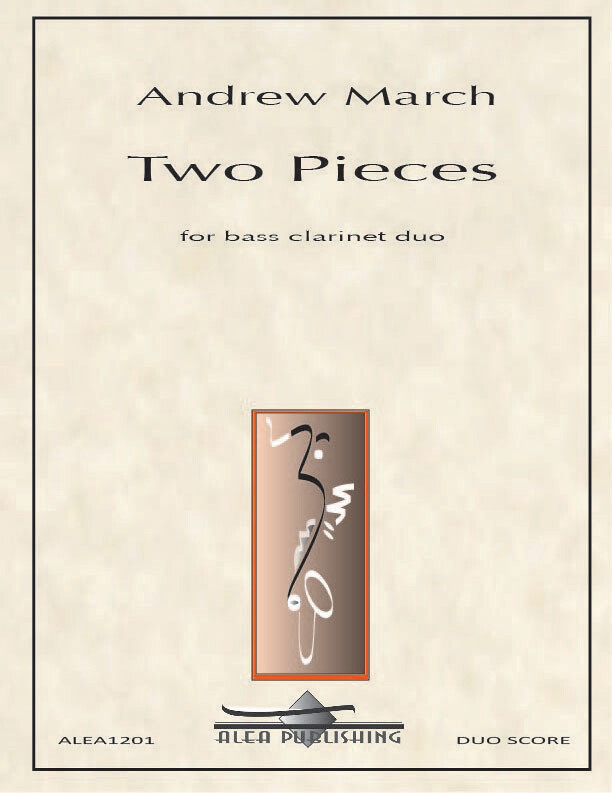 The two pieces for bass clarinet duo began life in a small sketchbook where the ideas were developed by hand before committing them to being typeset. The resultant pieces are written in an advanced, modern idiom, making use of contemporary techniques, with fingerings provided for the more atypical parts. Inspired by meteorological phenomena, each takes a contrasting approach to exploring the force of nature in the wind, ranging from the gentlest breeze to the raging tornado.

The first piece, entitled A Cross-Breeze Surges, represents the determination of the wind to overcome man's attempts at directing air flow. The bass clarinetists take on an almost antiphonal role suggested by two open windows at opposite ends of a room. The through-breeze is interrupted by a sudden gust, capable of slamming doors. The second piece, Tumult of Amber and Rain, is a more rapid, agitated piece of a shorter duration. The title was formed from a combination of two provisional titles, Tumult of Straw Nestsand Whirlwind of Amber and Rain. This turbulent piece explores the violence of a powerful whirlwind, and it is possible for the listener to hear an almost growling sound.