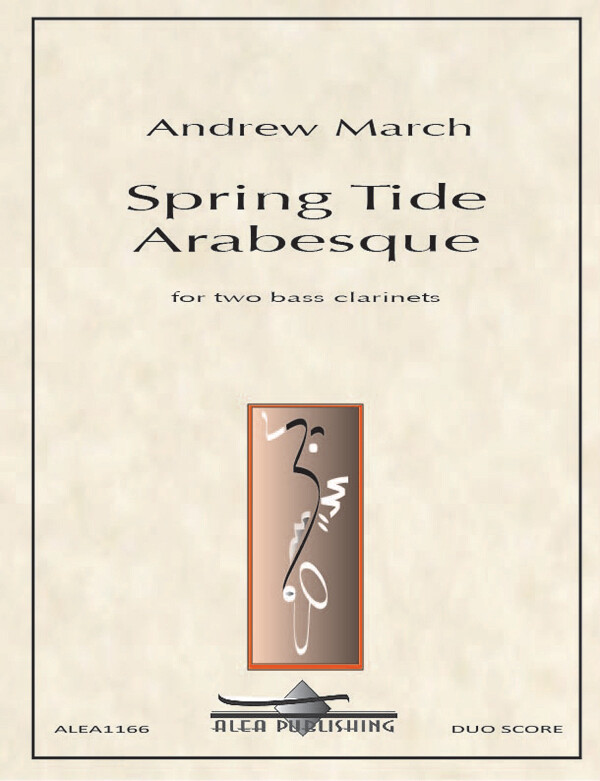 Far from being a seasonal event, Spring tides occur twice each lunar month, all year round. Spring Tide Arabesque opens with a gentle motif reflecting the Earth's steady rotation. Immediately following these preparatory measures, a flowing Arabesque figure is introduced by the first bass clarinet. The ornate pattern is not confined to just one voice, but interlaced between the two players. Over the course of the composition, no one player is intended to be more of a tide-generating force than the other, since there is no upper or lower part. The two contending bass clarinets twist and overlap with the elaborate tracery as they are afforded considerable registral freedom. A surge of intertwined pitches reach high tide just before the half way mark and this is followed by a somewhat freer, more agitated central section, where disjointed gestures are presented. The brief episode is not concerned so much with the alignment of the two instruments, but with exploiting the gravitational pull as they reinforce each other. In the last quarter or so of the piece, the activity significantly decreases to reveal what's left behind by the subsiding water. Peace and tranquillity return to the remote shoreline.