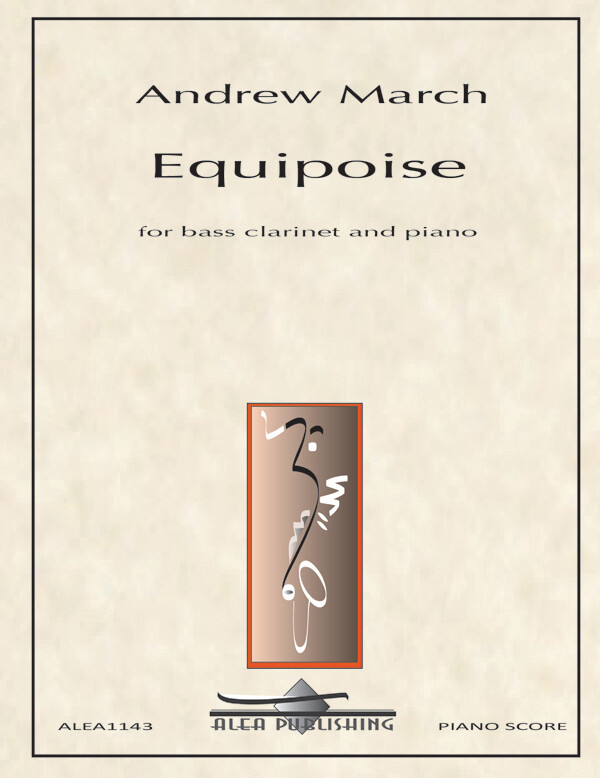 Equipoise was written as a test piece, intended to present a challenge to the virtuosity and expressive capability of the finer players of the bass clarinet - and to tax the instrument. The work was acknowledged with an Honourable Mention in the Composition Competition of the 1st World Bass Clarinet Convention held in Rotterdam in October 2005.

As a form, the piece poises a rapid percussive episode between two outer sections of expressive line that are sounded over sostenutosupport chords in the piano: counterbalancing the central section and the two outer parts. Tremolos and trills are a feature of the piece, as are alternative fingerings. Bariolage-style spiking technique emphasizes cross-tessitura pitches accentuated from within the rapid alternation of notes, often further complicated by an intervallic microtonal offset.

The relationship between the bass clarinet and the piano is intended to be kept in equipoise through the avoidance of inequality of importance between the roles of the two instruments. The piano is thus intended not merely as an accompanimental figure but a fully developed component (no apologies for the rhythmic complexity of the writing). It follows that the piano has its own territory. However, towards the end, the piano is allowed to trespass upon the distinctive line of the bass clarinet; quoting a short solo passage that surrenders to the weight of the state of expectation for equal likelihood.