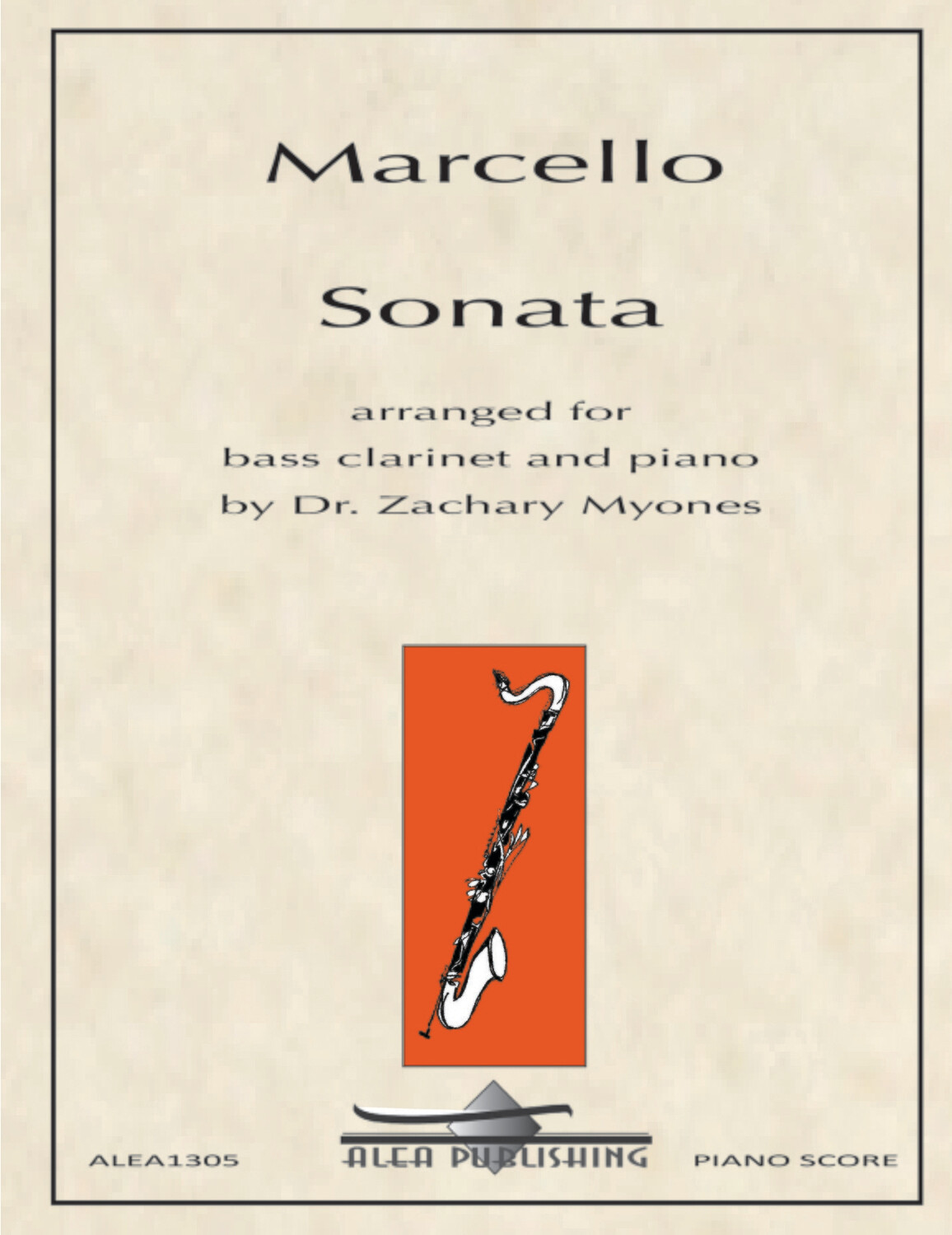 Marcello composed a set of six sonatas for cello and basso continuo while in Venice and later published the set of pieces in 1732 with Gerhard Fredrik Witvogel in Amsterdam. These pieces are some of his most frequently performed works today. The six sonatas are split evenly, with three in major keys and three in minor keys. Each of the pieces consists of four movements, and the pieces average approximately eight minutes in length depending on repeats. All six sonatas follow the same structure; movements one and three are slow movements, and movements two and four are fast movements.

This transcription is of the first Sonata in this set, Sonata No. 1 in F Major. This piece is approximately ten minutes in length. All of the movements contain frequent repeats except for the third movement. The entire Sonata was originally written in the key of F Major except for the third movement, which was written in the key of d minor. This transcription maintains the original key of this work by transposing the written solo part to the keys of G Major and e minor. The bass clarinet part does require an extended-range instrument; however, alternate notes have been provided to play on a standard-range instrument.

Benedetto Giacomo Marcello, a composer during the Baroque Period, was born in Venice, Italy, during the summer of 1686 and died in Brescia, Italy, on July 24, 1739. He was the son of a Venetian nobleman and the younger brother of Alessandro Marcello, who was also a composer. In addition to composing, Marcello was also a teacher, a writer, and a public official. He married one of his vocal students, Rosanna Scalfi Marcello, in May 1728, but the marriage was declared void after his death since she was a commoner. Marcello produced a great output including many oratorios, sonatas, vocal music, duets, a set of twelve concerti for strings, and over 300 cantatas.

Zachary Myones has recently completed his Doctor of Musical Arts Degree in Clarinet Performance at Arizona State University, studying under Robert Spring and Joshua Gardner. He previously completed his Bachelor of Arts Degree in Clarinet Performance and Master’s Degree in Music Education with Teacher Licensure from Case Western Reserve University in 2014, studying clarinet with Daniel Gilbert, voice with Mark Wanich, orchestral saxophone with Greg Banaszak and harpsichord/organ with Peter Bennett. He has also studied under Chester Rowell and Eric Jacobs on bass clarinet and clarinet.