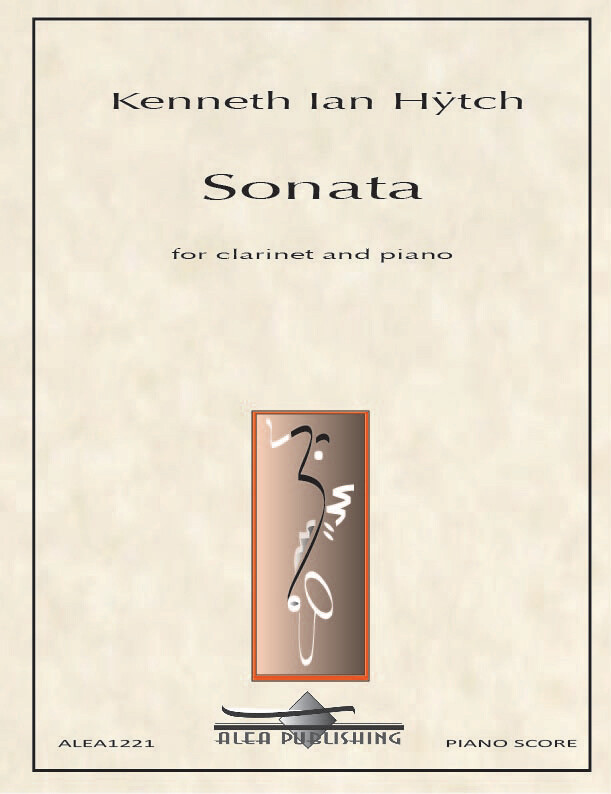 Hytch: Sonata for Clarinet and Piano

We thank the composer for sharing a few notes about his work:

Composed from ideas which developed from a series of pieces composed in my early life, this work was written for the principal clarinetist of an orchestra I conducted in the Wymondham Symphony Orchestra. The first movement is a full sonata form piece exploiting the full range of both instruments. The Intermezzo includes a melody written when I was 16 for my then girlfriend! She always said measures 19-24 were her 'warm-up' before a rehearsal - I'm glad my piece had some uses!!

The 3rd movement gives ample opportunity for interpretational skills of the clarinetist. The finale is full of joy and vitality, I hope, a real 'fun' piece to perform.

Having studied music at Bretton Hall in Yorkshire and the Royal Northern College of Music in the 1960s and 70s, it soon became apparent to Ian that composition and conducting were his main musical passions, but his early vocation to be a teacher was even stronger. He taught in schools and colleges in the North West, until an invitation to become Director of Music at Wymondham College brought him south from the Lake District to Norfolk. Elected President of the Incorporated Society of Musicians in 2009/10, he used his tenure to campaign vigorously for live music in schools and to advocate for the teaching of composition in the classroom environment.

Throughout his teaching career, he was composing not only for the educational establishments with whom he was involved, but also for the various extra-curricular musical societies he conducted, and for personal commissions from local and national soloists, ensembles and musical groups. With over 30 years' experience of conducting both as resident and guest conductor, Ian has worked with many musical societies, international soloists and artistic directors. He is no stranger to the bold and innovative; on acquiring a cassette recording and piano score from composer and friend Sir Malcolm Arnold for a 'lost' musical (Parasol) from the 1960's, with Sir Malcolm Ian reconstructed the full score and produced the world stage premiere. Last year his Pride of Parasols - a suite of songs from the work - received its first performance.

Ian has composed large and small scale commissioned works, mainly in the UK and USA, including Nocturne for Harp and Handbells, commissioned by professional handbell choir Sonos, which was first performed in California. In 2011 Ian was awarded first prize in the English Poetry and Song Society's composing competition, for a Song Cycle named Autumn. His Octagon Psalmsfor SATB and orchestra was performed on Good Friday that year, commissioned to celebrate the 10th anniversary of the Octagon Concert Series. Recent first performances have been Norfolk Scenic Overture - also performed in San Francisco in 2017, and a one act, one person opera Lady Macbeth is Dead, commissioned for the Hostry Festival in Norwich. In April 2017 Ian's Poem for Prospero for cello and orchestra was premiered.

Ian is married with a grown up family and, having now retired from teaching, he travels extensively as a music adjudicator for festivals across the UK.