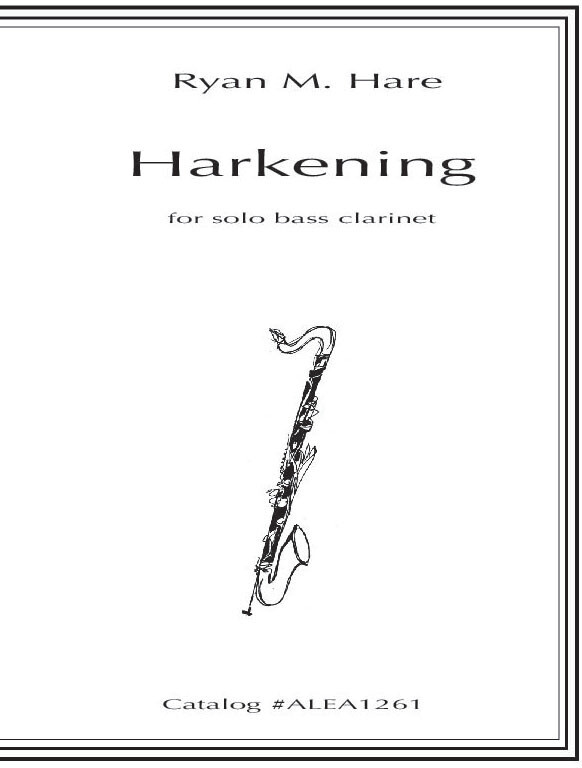 About the Work - courtesy of the composer

Originally for bassoon, Harkening was conceived with the idea that all of its melodic, harmonic, rhythmic, and formal language would be restricted to that which would plausibly be in use by a leading composer of the late nineteenth or early twentieth centuries, i.e. a late-Romantic tonal vocabulary. The reason for this is largely the result of my having taught chromatic tonal harmony in core music theory classes and graduate seminars for many years—something from this was bound to come out in a composition of mine sooner or later—as well as my lifelong adoration of the music by composers such as Gustav Mahler, Anton Bruckner, and Richard Strauss. Harkening was not an attempt to write a pastiche of the music of such composers, but rather to explore what a composition of my own might be like were I a composer from that time period. The opening phrase was composed for a handout I made on the subject of ornamentation for my students, as an example exploring a late-Romantic melodic turn.