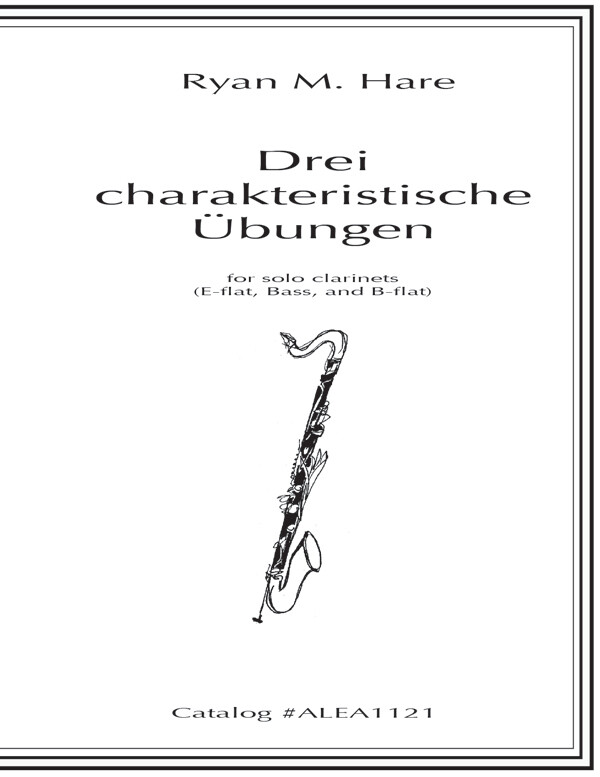 Drei charakteristische Übungen ("Three Characteristic Studies") was composed in 2012 for Shannon Scott, the composer's talented clarinetist friend and colleague. The three movement titles are taken from characteristic tempo/expressive markings found in the symphonies of Gustav Mahler. Keck ("Cheeky") is for E-flat clarinet, which is probably the cheekiest musical instrument of all time. Feierlich ("Solemn") is for Bass clarinet, predominantly exploring its most characterful, richly resonant low register. Trotzig ("Defiant") is for the standard B-flat clarinet.