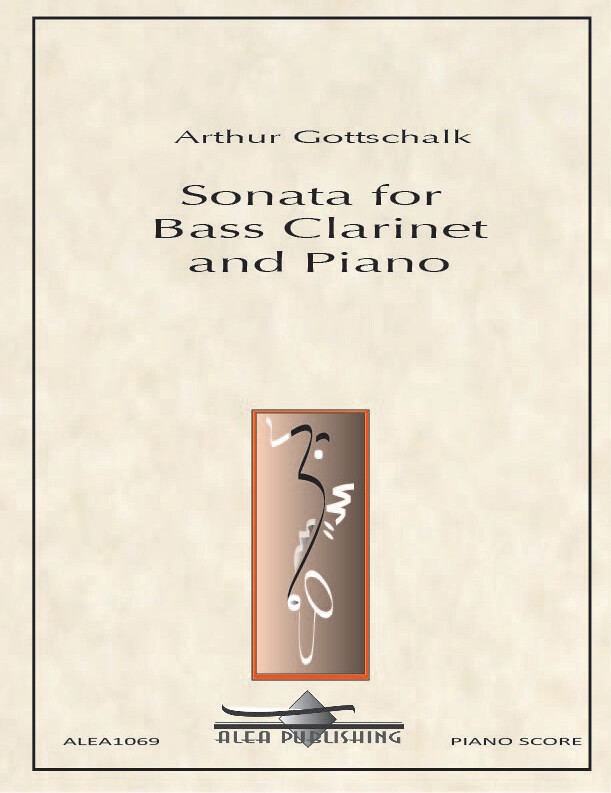 Sonata for Bass Clarinet and Piano was commissioned by virtuoso former Houston Symphony clarinetist Richard Nunemaker, and takes full advantage of his prodigious technique and the instrument's extraordinary range. Although the sonata is traditional in its structure - with three movements whose tempi are ordered as fast, slow, fast - it is highly original in its musical content.

The first movement draws upon two rather disparate sources for its material - Dizzy Gillespie's bebop standard "Salt Peanut", and Frank Zappa's art-rock masterpiece "Eric Dolphy Memorial Barbeque", hence the title, Salt Peanut Memorial Barbeque. The second movement uses a technique much, much older, that of the isorhythmic motet. The piano accompaniment has a talea of five rhythmic events serving a color of four pitch events. The clarinet cantillates a monody against this that is comprised primarily of the pitches not displayed in the accompaniment; hence the title Motet - Ancient Incantations. The third movement is a bebob and boogie-woogie tour-de-force for the two instruments, at once paying homage to Eric Dolphy and to one of the great songs of his era, "Green Dolphin Street", and hence the title, Green Dolphy Street Boogie.

In 1986 he co-founded Modern Music Ventures, Inc., a company which held a recording studio complex, a record production division, four publishing firms, and an artist management division, and for whom he produced records for PolyGram and Capitol. In 1998 Gottschalk abandoned these pursuits, in order that he might devote himself more fully to music composition. Gottschalk's teaching specialties include music business and law, film music, music theory, music composition, and counterpoint. As a film and television composer he numbers six feature films, twelve television scores, and numerous industrial films and commercials among his credits.

Among other awards, he is a recipient of the Charles Ives Prize of the American Academy of Arts and Letters, annual ASCAP Awards since 1980, and has been a Composer-in-Residence at the famed Columbia/Princeton Electronic Music Center and for the Piccolo Spoleto Festival. He has been recently honored with Special Recognition by the ASCAP Rudolph Nissim Awards, the First Prize of the Concorso Internazionale di Composizione Originale - Corciano, Italy, and with the First Prize of the Ridgewood Symphony Orchestra composition competition. With well over one hundred compositions in his catalog, his music is performed regularly in Europe, Asia, and Australia, is recorded on New Ariel, Crystal, Summit, Capstone, Beauport Classical, ERMMedia, Golden Crest, and AURecordings, and is published by Subito Music, Shawnee Press, European American Music Distributors, and Spectrum Press (ASCAP). His book, Functional Hearing, is published by Scarecrow Press.