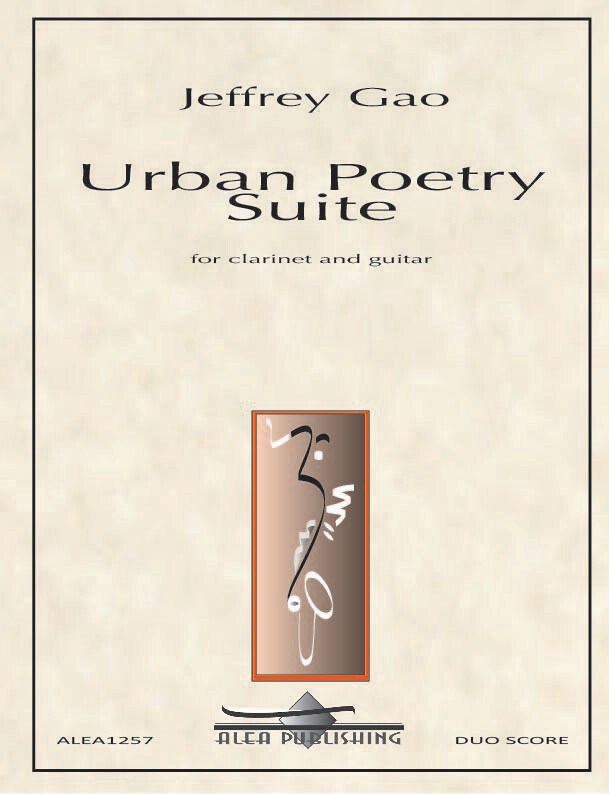 The Urban Poetry Suite for clarinet and guitar was written in the Spring of 2015. I was inspired to write this piece after passing by the Mission Street Bart Station in San Francisco on a Friday evening, when I witnessed a group of young men and women jamming poetry ad lib. I was absolutely captivated by their energy, sincerity, and most importantly, this overwhelming sense of uninhibited freedom. The entire piece consists of five movements, each assumes a different poetic image: 1) Freeflow 2) Ballade 3) Slam 4) Sonnet 5) Rap.

The third movement has two versions: one with complete written-out notes; the other with an improvisation section towards the end. The players are encouraged to jam with each other using the pitch set that the entire movement is built on. After all, free association from a given motive is the whole idea of poetry slam. Just have fun with it!

This piece is dedicated to my guitar partner Travis Johnson, whose amazing artistry made this piece possible.