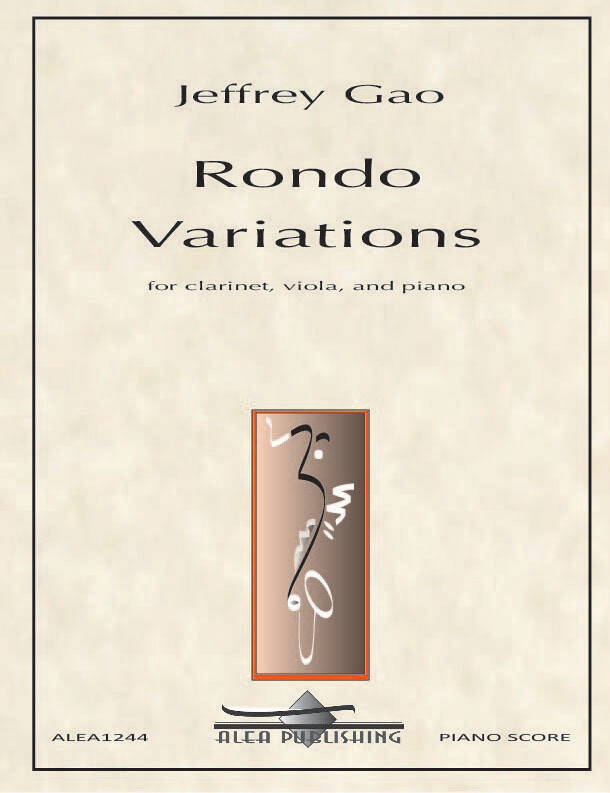 Rondo Variations, written for clarinet, viola and piano is based on two themes. They take turns in appearance, thus forming a rondo. Each theme assumes a different musical image with every appearance, resulting in two sets of variations within the piece.