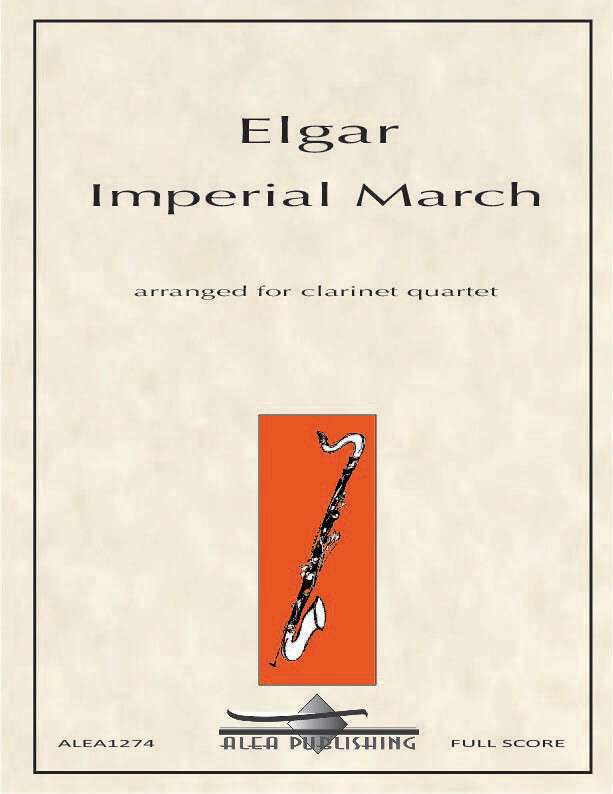 Imperial March is a piece for full orchestra written by the English composer Edward Elgar to celebrate the Diamond Jubilee of Queen Victoria in 1897, as his Op. 32. This arrangement makes the lovely work available for clarinet quartet (three B-flat clarinets and bass clarinet). The work is accessible for student ensembles, but would also make an excellent addition to a program for an ensemble of any level.

An extended-range instrument is NOT required for the bass clarinet part. Score: 9 pages, spiral bound; parts: 2 pages each, booklet.

Listen to the work in its original instrumentation: