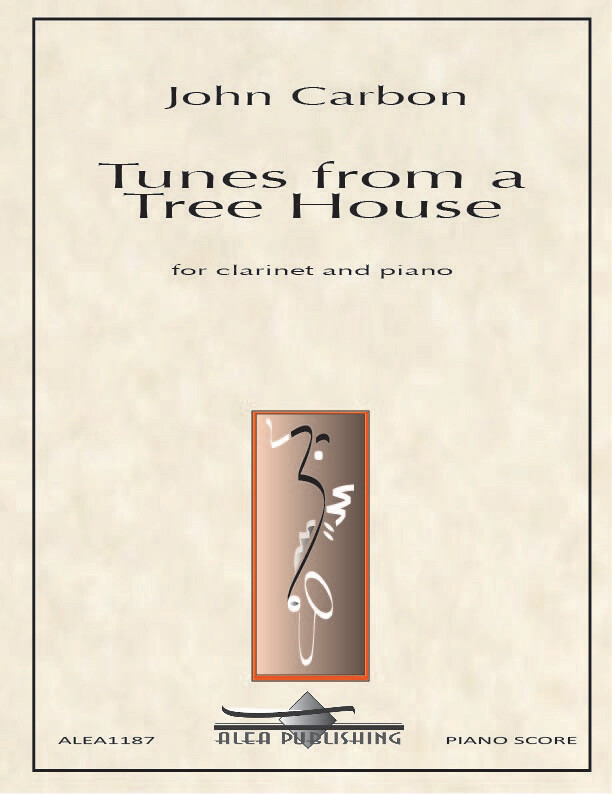 Carbon: Tunes from a Tree House

Tunes from a Tree House for clarinet and piano was composed in 2015 for clarinetist Doris Hall-Gulati and pianist Steven Graff. The two movements in this work are based on memories from my childhood of events seen and heard from a tree house. In Sally's Waltz, the innocent, sunlit dance of a red-haired girl surrounds a darker moment alluding to the difficulties she will confront as an adult. Charlie's Practice is quite hurried, motivated by an anticipated bike ride. In this case, several familiar piano pieces that Charlie played are juxtaposed and deconstructed. I practiced many of these pieces as a child, and also played clarinet, so there are multiple layers of memory in this manic collage.