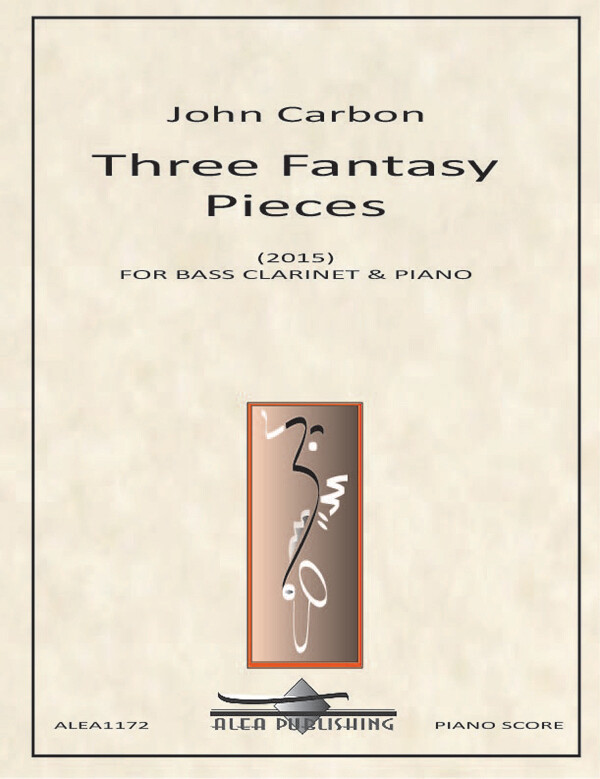 Three Fantasy Pieces for bass clarinet and piano was composed in 2015 for clarinetist Doris Hall-Gulati and pianist Steven Graff. These three pieces are études that explore mood and character as much as technical bravura. The first and third pieces, Night Piece and Rango, require the performers to move in and out of episodes of ironic expression. The virtuosity required of the performers has much to do with their ability to convey shifting nuances of emotional meaning. Night Piece contains melodrama and tragedy with dark undertones that are sometimes deadly serious and at other times playful and twisted. The numerous mood and character indications in the score are provided to suggest changes of tone, but they should not totally determine the narrative quality of the perfomers' interpretation. Night Piece is "rhapsodic and darkly mysterious." In this piece the boundaries between drama and ironic melodrama are explored. Rango, a blend of tango and ragtime elements, requires the performers to evoke a twisted spookiness. The middle piece, Aria, is a sustained lyrical exploration of "restrained sensuality," in which neo-Baroque elements are used to convey a polite but erotic courtship.