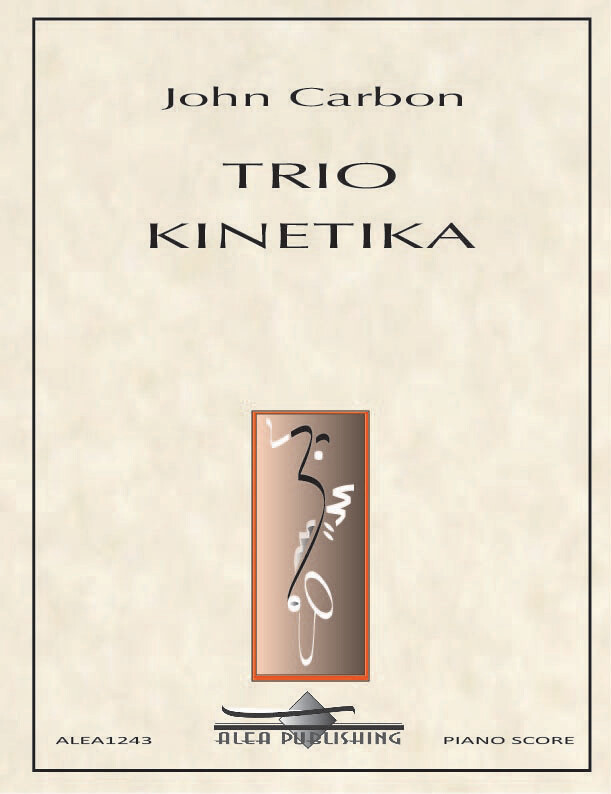 Trio Kinetica, for violin doubling viola, B flat soprano, B flat bass and E flat soprano clarinets, and piano, was composed in 2011 for Trio Clavino. The title alludes to the fact that in this case my musical ideas were inspired by dance steps. Each of the movements blends different dance traditions in a fanciful manner. "Bossalypso" is an energetic hybrid dance with cross accents, syncopation and a rhythmic groove combining elements of Calypso and Bossa Nova without being faithful to either genre. This opening movement highlights the piano along with the soprano clarinet and viola. "Owl's Tango" requires the clarinetist to switch to bass clarinet and the violist to switch to violin. This tango is based on a series of jazzed-up variations on a bass ostinato. The last movement, "Oh! Domenico," requires a switch to piccolo clarinet. This lively finale is quite brisk, and it features some freely adapted allusions to Baroque Italian composer Domenico Scarlatti's harpsichord music, which was sometimes inspired by the Spanish Jota.