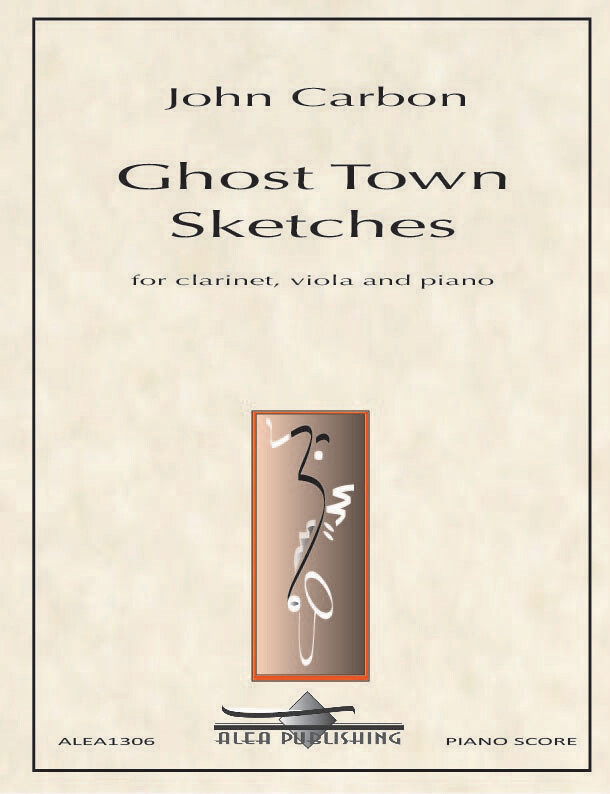 Performance notes courtesy of the composer:

Ghost Town Sketches for clarinet, viola and piano was composed in 1994. The following quote by Edward Abbey from The Brave Cowboy served as inspiration:

There is a valley in the West where phantoms brood and mourn,
pale phontoms dying of nostalgia and bitterness.
You can hear them, shivering and chattering
among the leaves of the old dry mortal cottonwoods down by the river...
whispering and moaning and hissing with the wind...whining their
past away with the wild dove and the mockingbird...and you may see one,
touch one, in the silences and space and mute terror of the night.

Each movement is inspired by a different ghost town I have visited. There are several cowboy tunes interwoven into the fabric of the piece. The dates and times in the titles are fanciful, but inspired by imagined scenes in each abandoned building.