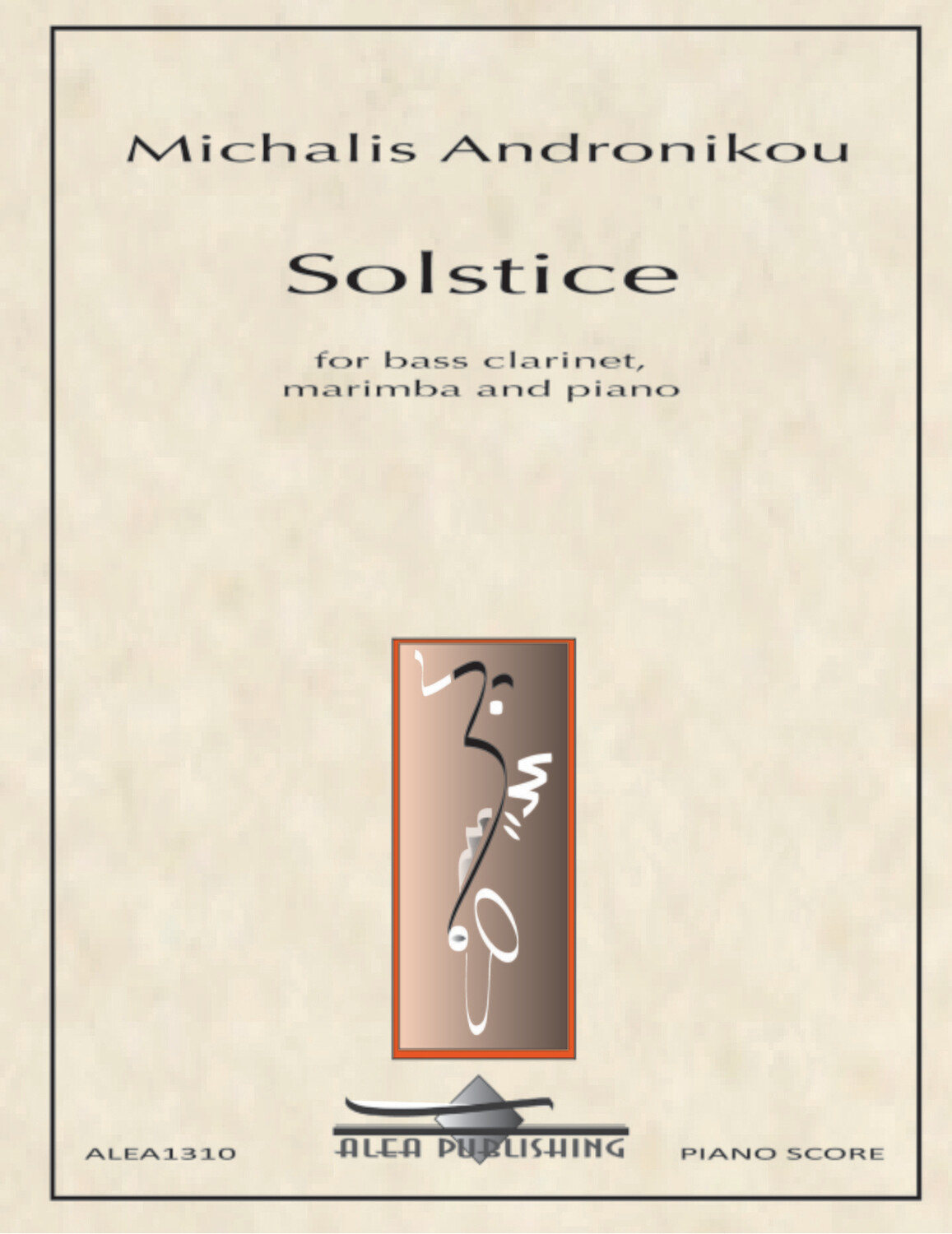 We thank the composer for sharing these words about his piece, Solstice (2013).

Solstice is the title of a celebratory piece composed and dedicated to The Northern Project, a new ensemble of contemporary music which commissioned this piece to be premiered on the 21st of June 2013 (summer solstice). The title reminds me of the ancient Greek maxim “oυδέν κρυπτόν υπό τον ήλιο” (“nothing remains hidden under the sun”), which -in this case- is a wish for this new ensemble and this piece to have a successful and enlightened journey.

Michalis Andronikou is a composer and musicologist currently residing in Calgary, AB. He holds a PhD in composition from the University of Calgary. He received his Bachelor’s and Integrated Master’s degrees in musicology from the Department of Music Studies, University of Athens, Greece. He has a Diploma in Classical Guitar, Clarinet and Music Theory from the Trinity College and the Royal Academy of Music, and a Diploma in Byzantine Music from the Argyroupolis Municipal Conservatory. Michalis gained credentials in Harmony, Counterpoint, Fugue, and Music Composition (with Theodore Antoniou) from the Hellenic Conservatory. Moreover, he has studied Greek folk instruments such as lute, tampoura and bouzouki.

Michalis has composed music for small and large ensembles, theatre plays, art exhibits, movies, and songs. Seven CDs with his works have been released since 2003, and his scores are published by the Canadian Palliser Music Publishing, the Bulgarian Balkanota, the Italian Da Vinci Edition, the English Trübcher Music Editions, and the American Alea Publishing & Recording.