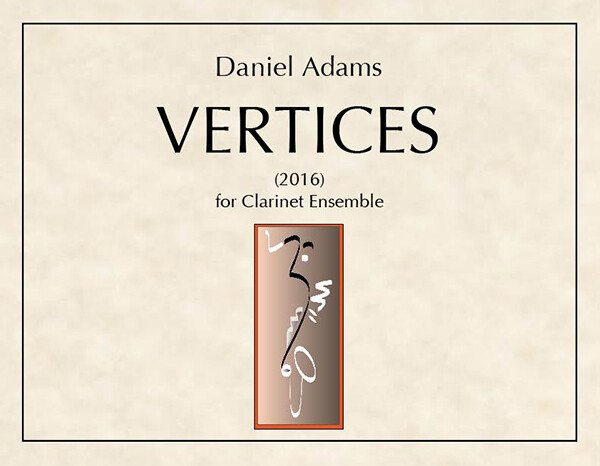 Daniel Adams composed Vertices in 2016 as a commissioned work for Richard Nunemaker's ensemble at the University of St. Thomas. Alea is delighted to add the work to our catalog, making it available to more clarinetists! The single-movement piece, which has a duration of just over seven minutes, is scored for 1 E-flat clarinet, 3 B-flat clarinets, 2 E-flat alto clarinets, and 2 B-flat bass clarinets (extended-range not required). The composer has also designed for possible substitution of one alto and/or one tenor saxophone if necessary given the players available.