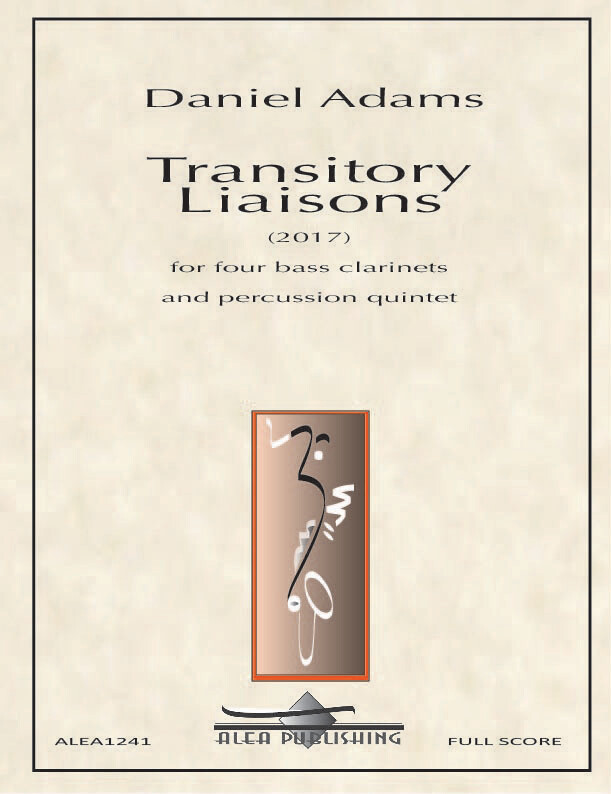 We are delighted to add this exciting new ensemble work to our catalog. Each of the bass clarinet parts includes multi-phonics and slap-tonguing, but the work is not overly-reliant on such modern techniques. Only two of the four bass clarinet parts require extended-range instruments. Score: 70 pages, spiral bound. Parts: 6-10 pages, booklet.

Quoting from a review of the work in the NACWPI Journal (Winter 2020-2021): "Featuring an eclectic instrumentation, Transitory Liaisons is an exploration of timbral sonorities and rhythmic intricacies. ... Transitory Liaisons is an innovative work that masterfully blends several styles into a cohesive and enjoyable composition that would make a great addition to any program."

Listen to the premiere performance from ClarinetFest 2017:

Here is another recording, from the Royal Northern College of Music, Manchester, UK. The performance was conducted by faculty clarinetist Sarah Watts, who played in the premiere performance at ClarinetFest 2017: