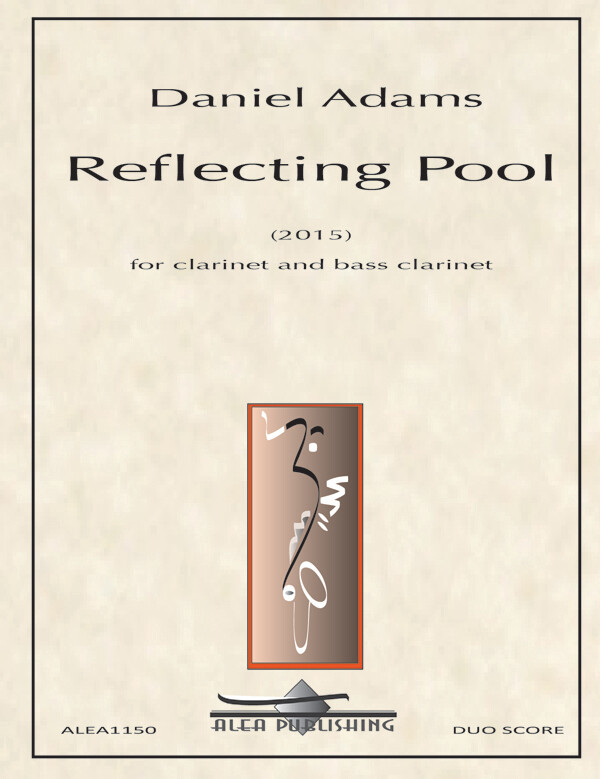 Daniel Adams composed Reflecting Pool in 2015 for clarinetists LeTriel White and Richard Nunemaker, and the work has already seen several performances by these artists. Alea is delighted to add the work to our catalog, making it available to more clarinetists! The single-movement piece, which has a duration of about seven minutes, includes roughly equal challenges for both players, including frequent meter changes, and includes some modern techniques such as multiphonics and tongue slaps. That said, there are no great extremes of range required of the bass clarinetist, nor is an extended-range instrument required. Duo Score: 11 pages, spiral bound.

Reflecting Pool appears on the 2020 recording DRIFT, the 34th installment of the Society of Composers Inc. Composers’ Series. Click here to learn more and purchase the recording!