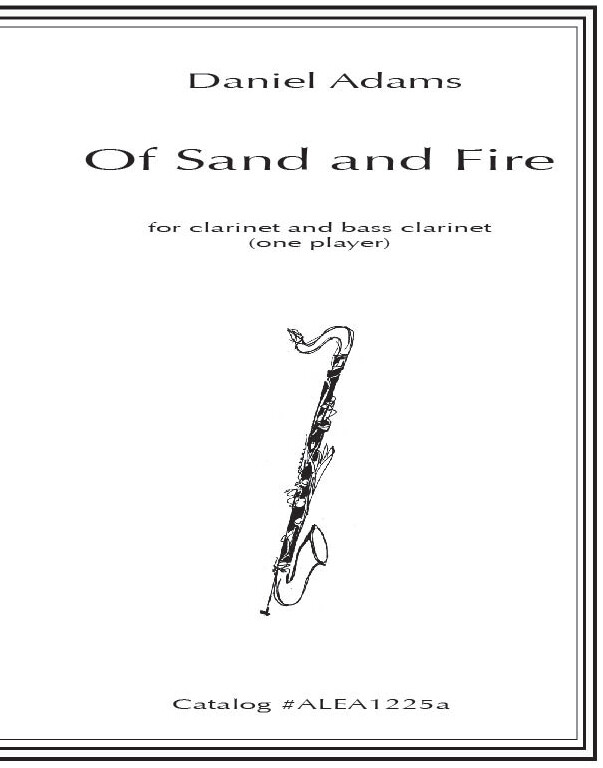 Adams: Of Sand and Fire

Daniel Adams composed Of Sand and Fire in 2017 for clarinetist LeTriel White. The single-movement piece, which requires doubling, includes some modern techniques such as multiphonics (suggested fingerings provided), quarter tones, and tongue slaps. That said, there are no great extremes of range required of any of the instruments, nor is an extended-range instrument required for the bass clarinet portions. The solo score is published loose-leaf to facilitate page turns during performance.