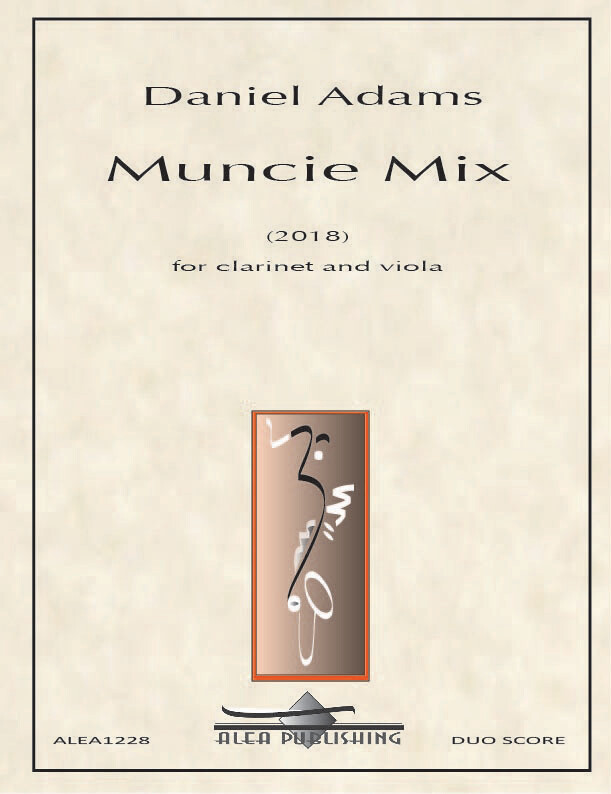 Muncie Mix (2018) was commissioned by and composed for "Violet", a duo comprised of Elizabeth Crawford, clarinet, and Katrin Meidell, viola. The single-movement piece provides each player with relatively equal technical challenges within a tight-knit dialogue.