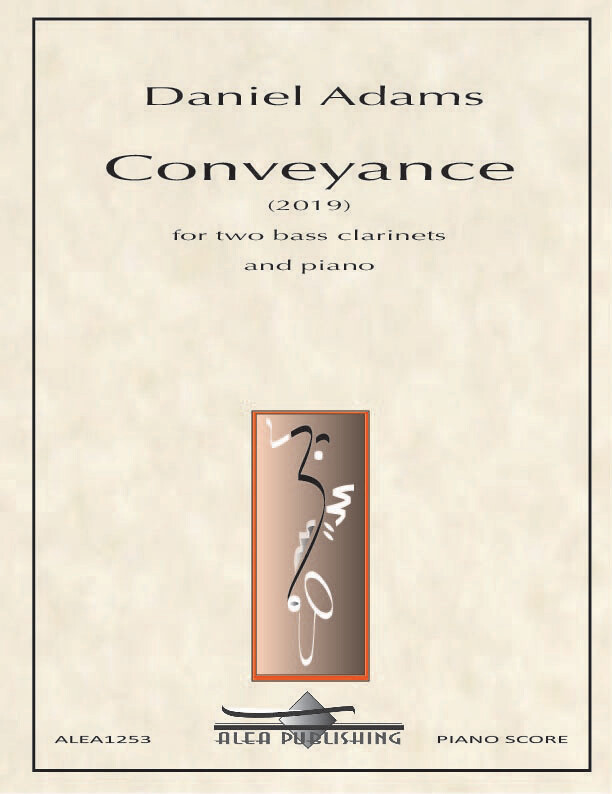 Conveyance (2019) was composed by Daniel Adams for the Laissez-Pair Duet: Katie Rice and Shiana Montanari, bass clarinets, and Rebecca Nickels, piano. The title of Conveyance is based on the role of the piano transform and "convey" musical ideas between the two bass clarinets in a reciprocal process. Rhythm, texture, register, and timbre, as well as pitch, are important components of the transformative process. The piece begins with successive entrances forming an overlapping texture. As the piece develops, ideas are passed rapidly between the instruments until a polyphonic climatic passage. The increasingly complex texture eventually merges into a more transparent coda.

Enjoy the premiere performance from the NACWPI Conference in October 2019: